Daylight saving time —also summer time in British English— is the practice of advancing clocks during the lighter months so that evenings have more daylight and mornings have less. Typically clocks are adjusted forward one hour near the start of spring and are adjusted backward in autumn.
The modern idea of daylight saving was first proposed in 1895 by George Vernon Hudson and it was first implemented by Germany and Austria-Hungary starting on 30 April 1916. Many countries have used it at various times since then. Much of the United States used DST in the 1950s and 1960s, and DST use expanded following the 1970s energy crisis. It has been widely used in North America and Europe since then. 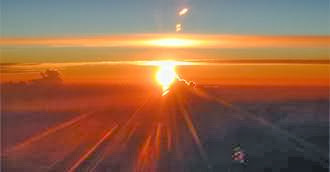 The rationale behind the 1975 study of DST-related energy savings was that energy use and the demand for electricity for lighting homes is directly related to the times when people go to bed at night and rise in the morning. In the average home, 25 percent of electricity was used for lighting and small appliances, such as TVs and stereos. A good percentage of energy consumed by lighting and appliances occurred in the evening when families were home. By moving the clock ahead one hour, the amount of electricity consumed each day decreased. 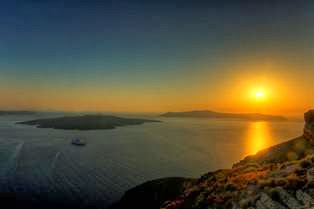 In the summer, people who rose before the sun rises used more energy in the morning than if DST were not in effect. In the winter, the afternoon Daylight Saving Time advantage is offset for many people and businesses by the morning's need for more lighting. In spring and fall, the advantage is generally less than one hour. So, the rationale was that Daylight Saving Time saves energy for lighting in all seasons of the year, but it saves least during the four darkest months of winter (November, December, January, and February), when the afternoon advantage is offset by the need for lighting because of late sunrise.
In addition, less electricity was thought to be used because people are home fewer hours during the "longer" days of spring and summer. Most people plan outdoor activities in the extra daylight hours. When people are not at home, they don't turn on the appliances and lights.