USEFUL WASTE
We live in our own worlds of excess. We waste food and many other essentials without thinking that it can be utilised in many different ways, let alone feeding or helping the millions who are not as privileged as we are. In our quest of becoming more and more civilised, we tend to waste more, and, in the process, waste management becomes a major pain-point.
To deal with this issue in an efficient way, a mechanical engineer and an environmental professional from Pune developed a technology to treat bio-waste with the help of castor oil cakes. Their waste disposal method can treat 5 tonnes of hotel waste on a daily basis to generate electricity through an eco-friendly biogas plant. The cakes have to be crushed and put in a digester to give volatile solids, which in turn can be used as biogas. 400 cubic meters of gas can be generated through one plant, which is equivalent to 230 litres of diesel or 200 kg of LPG. Five tonnes of food waste can yield 350 cubic metres of biogas daily.
In the poorest, darkest and most remote parts of Panama, ‘Light From Below’ came up with a design for an easy-to-build lamp powered by electricity generated from mud. Azoarcus, Azospirillum, and Geobacteraceae, some of the most electrochemically active bacteria populations are present in soil, mud and decomposed organic material. The technology used was earth energy, a way of producing electrical energy from the change in the rate of chemical reactions produced by micro-organisms, with the help of a microbial fuel cell (MFC). A recent experiment by a group of Harvard students showed that the most recent MFC produces enough electricity to power a small LED bulb for up to a year.
Necessity, most certainly, is the mother of invention, for the invention of the simple solar bottle bulb in Brazil was purely out of sheer need. In 2002, Alfredo Moser, a mechanic from Sao Paulo, came up with a solar bottle bulb to combat rampant power outages. He had a workshop and the frequent outages would lead to unwanted and prolonged disruption of work as the crammed spaces would not allow any light to enter the rooms even during daytime. The idea was very simple – to fill a one litre plastic bottle with water and bleach, cap it and seal it, and the bub is ready. If the bottle if let down from an aperture on the roof during daytime, the water inside would disperse and refract sunlight and the light produced will be same as that of a 50W bulb. With time, the bulb has found major acceptance in places like Manila (slum areas) and Philippines (low-income groups).
More often than not, we feel that there are too many things at home which are only taking up space. But we can use some of that stuff too and transform them into a source of light. For example, a simple egg carton can be made into a beautiful lighting system! Here’s how. Divide the cones of the egg carton and cut it into four strips. They would be the petals. Use acrylic colours of your choice and paint them. Repeat it for three cones and insert them into each other and stick them with some glue. The inner most carton doesn’t need strips. Finally, make an opening passing through all three cones and insert light wires and bulbs. It is ready!

The next time when we want to throw
stuff away, let us all take some time and think if it can be put to some good use or not. Obviously, everything cannot be used; but simple things can help create extraordinary products. All we need to do is waste a little more carefully for waste too can be useful.
No comments: 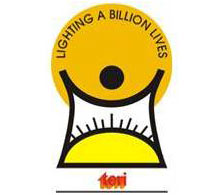