Electric energy occupies the top grade in energy hierarchy. It finds innumerable uses in home, industry, agriculture and even in transport. The fact that electricity can be transported practically instantaneously, almost pollution-free, at the consumer level and that its use can be controlled very easily, makes it very attractive as compared to other form of energy.
The per capita consumption of electricity in any country is; index of the standard of living of the people in that country. As per the latest figures, the annual per capita consumption of electrical energy in some of the countries is: USA—11,920 kWh, Canada— 16,020 kWh Japan—6,750 kWh, UK- 5,467 kWh, Russia-6,017 kWh and India – 498 kWh in 2012.

The electric energy demand in India during the past 20 years was higher than the gross generation as a result
of which there were massive power-cuts. Monsoons are another reason for the increase in these power cuts. The load-shedding has been in force for the last several months as the water level in reservoirs depleted drastically due to deficient rainfall last year. There are several issues that characterize India's energy scenario today. These can be briefly listed as follows:
The present installed capacity in our country is about 225.133 GW as on May 2013 and the largest share in power generation is contributed by thermal power plants, which account for about 78.7 percent of the total power generated in country. Hydel power contributes about 18.5 percent while nuclear power accounts for only 2.7 percent. The rest being accounted for by diesel, wind, solar and gas plants. 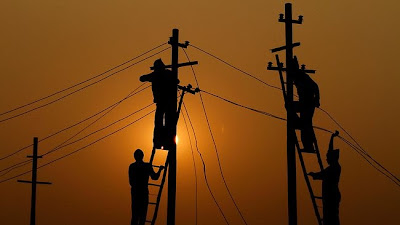 In December 2011, over 300 million Indian citizens had no access to electricity. Over one third of India's rural population lacked electricity, as did 6% of the urban population. Of those who did have access to electricity in India, the supply was intermittent and unreliable. In 2010, blackouts and power shedding interrupted irrigation and manufacturing across the country.
The problem of rising power cuts can be resolved by adopting the following technologies which have been invented for the same purpose: 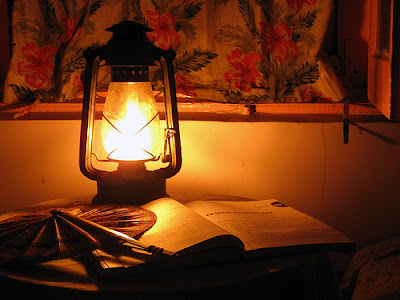 One type of technology includes inducting micro-turbines using natural gas that could enable individual households and shops to generate their own power cheaply, keeping grid as a backup. 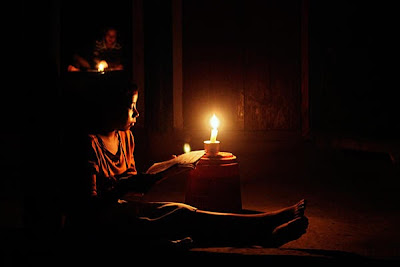 Another such technology would be the construction of a Km long tower with saline or brackish water being poured from top so that as it hurtles down, the water reaches velocity of 70 km/h, good enough to drive turbines and generate electricity. Apart of this electricity would be used to pump water up and the remaining be utilized for consumption. Another device that could be used is a UPS (also called an inverter); a power storage device is a silent solution to power cut problems.
No comments: 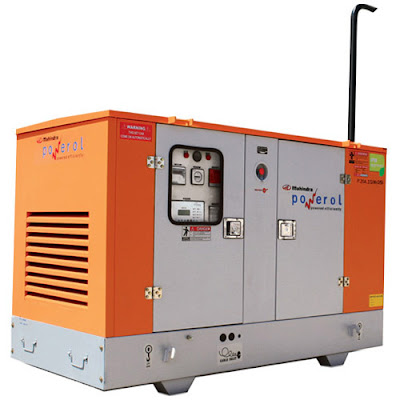 People have been using generators for ages as they serve as the perfect backup solution in case of power failure. These generators are used for a wide range of applications including telecom sites, hospitals, residential complexes, offices etc.
Generators may run on petrol, diesel, gas (CNG, LPG) or bio-diesel, but diesel generators are still the most preferred choice for off grid power solution in almost all commercial as well as domestic applications today.
To arrest the noise of diesel engines a sound attenuated enclosure, also known as Canopy, is used. Generator with Canopy is also known as silent generator.
Diesel Generators benefit greatly primarily from the source of its fuel i.e. Diesel
·         Diesel is the most abundantly found fuel among all other fuels. Therefore it is the more suited option for factories located in remote areas.
·         Diesel contains more energy than petrol, that is why diesel engines are more fuel efficient than petrol engines. It consumes less fuel and delivers superior performance.
·    Diesel is relatively less expensive as compared to other liquid fuels available in the market and hence is commercially more viable for industries.
·         Diesel fuel is safer than petrol or gas as it is less flammable.
Apart from these diesel generators have several other advantages:
·         Diesel generators can operate perfectly in extreme cold climates with the use of Glow Plugs.
·         Diesel engines are simple in design and built ruggedly. Due to their robust built, diesel engines are extremely stable and can withstand heavy load.  They can be resold at a high market price even after 5 years.
·         Diesel Generators can remain operational for long periods of time and have very low probability of breakdown. To ensure a long-lasting function, the generator should be installed in a proper manner and basic maintenance plan should be adhered to. Diesel engines generally run 10000 hours before it needs any service beyond basic maintenance.
·         Basic maintenance of a diesel engine is less expensive and simple, like changing Oil, Fuel, Air filters and periodic change of Oil and Coolant. On the other hand with Petrol or Gas engine one has to deal with tune ups, carburettor adjustments, distributor burns, spark plugs which requires periodic cleaning and replacement.
·         The glow plugs used in diesel engines have better running life than spark plugs.
·         A diesel engine consumes less lubricating oil compared to other engines, thus saves money.
For any further questions, please visit our YouTube page to explain proper installation and commission of the diesel generator. www.youtube.com/mahindrapowerol
This post is brought to you by Mahindra Powerol, leading manufacturers of diesel generators, industrial engines and home ups inverters and batteries. www.mahindrapowerol.com/ www.mahindrapowerolhups.com
8 comments: