SMART CONSUMER – Natural Gas and its future in India

India has a heavy appetite for energy, we are the third largest energy consumer in the world today and will become top consumer within a decade. Our share of total global primary energy demand is set to double (to 11%) by 2040. Improving living standards and aspiring middle class of the country are driving this growing demand.

To meet this increasing energy demand India is strategically moving towards a gas-based economy. India aims to increase the share of gas from the current 6.2% to 15% in its primary energy mix by 2030. As per BP Energy Outlook, 2019, the gas consumption of India in 2040 is estimated to be 185 billion cubic meters.

In order to move towards 15% share of Natural Gas in our economy, various steps are being taken including enhancing natural gas production and building gas infrastructure (gas pipelines, City Gas Distribution networks and LNG regasification terminals).

Construction of over 16,800 km of pipeline is already completed and an additional 14,300 km to be done to complete the National Gas Grid, out of this 11,000 km is under construction now.

Petroleum & Natural Gas Regulatory Board (PNGRB) has authorized 228 geographic areas covering 406 districts spread over 27 States for City Gas Distribution (for both domestic and commercial use). The network will cater to 70% of the population in India.

A brief of major gas pipeline projects which are being implemented by Central Government PSUs are as under
(Source: http://petroleum.nic.in/natural-gas/about-natural-gas)

Jagdishpur – Haldia/Bokaro – Dhamra Pipeline Project (JHBDPL) & Barauni- Guwahati Pipeline project (BGPL):
GAIL is executing a 2655 km. long pipeline project. Phase-I of the project from Phulpur up to Dobhi (Gaya) with spur line to Varanasi, Patna, Gorakhpur & Barauni has been commissioned in 2019. Further, Pipeline from Barauni to Guwahati is also being implemented as an integral part JHBDPL project to connect North East Region (NER) with the National Gas Grid. The approx. length of the pipeline is 729 km. The entire project will cater to the energy demand of Eastern and North-Eastern Region covering six states, namely Uttar Pradesh, Bihar, Jharkhand, Odisha, West Bengal and Assam.

North East Region (NER) Gas Grid:
A joint venture of five oil and gas CPSE's i.e. GAIL, IOCL, OIL, ONGC and NRL named as “Indradhanush Gas Grid Ltd” (IGGL) has been entrusted to develop trunk pipeline connectivity in all North Eastern States i.e. Assam, Sikkim, Mizoram, Manipur, Aruncahal Pradesh, Tripura, Nagaland and Meghalaya in a phased manner. Prime objective of these pipelines would be to transport the domestic natural gas produced in the north east states and the same may first cater to the local requirements. It shall also connect the NER grid to the National Gas Grid.

What is Natural Gas?

Dead organisms buried under sedimentary rock for millions of years, subjected to intense heat and pressure, gets converted to crude oil (petroleum) and natural gas.

Natural Gas is the cleanest of all fossil fuels. When burned it produces fewer greenhouse gases and air pollutants when compared to other fossil fuels. Natural Gas is primarily Methane (CH4) with smaller quantities of other hydrocarbons (Ethane – C2H6, Propane – C3H8, Butane – C4H10 etc). 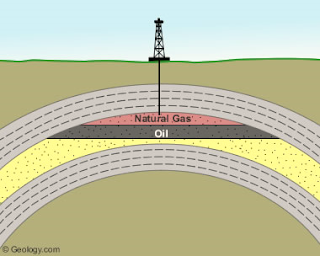 With recent improvements in the oil and gas extraction technology and better infrastructure the usage of natural gas is poised for an exponential growth. It is increasingly becoming a popular choice of fuel for locomotives and power generation.

Let us understand the various types of gases available in the market today.

PNG (Piped Natural Gas):
It is the Natural Gas which is distributed to individual users through pipe lines. PNG is safer than LPG, being lighter than air it dissipates quickly in the air in case of a leakage. As PNG is supplied through pipes, there is no need to store the gas in cylinders, it is an uninterrupted supply.

CNG (Compressed Natural Gas):
It is the Natural Gas in compressed form. They are stored in cylinders and commonly used in vehicles. 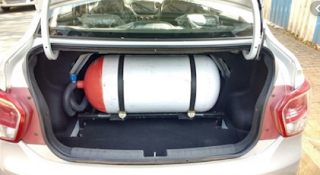 
It is not the Natural Gas. It is a by-product of Petroleum. Derived during refining of the Petroleum. Contains primarily Propane and Butane and other compounds. They are stored in cylinders and commonly used as cooking gas. It is heavier than air. 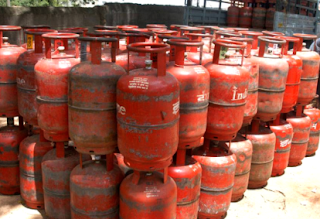 LNG (Liquid Natural Gas):
Natural Gas becomes liquid in extreme low temperature (-162oC) and the volume reduces 620 times. The liquid is stored in vessels and transported to various parts of the world. When LNG reaches its destination, it is again converted to gas in regasification facilities. 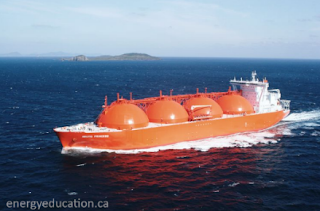 Be a part of India’s gas revolution.